Greenhorn is perhaps the most picturesque of all the ghost towns surviving in Eastern Oregon. Nestled amongst lodgepole pines and grassy underbrush, it has a wealth of cabins and buildings still standing  If you look closely, you can even find the original bank building.

Greenhorn is beautiful and authentic at the same time.  It  is absolutely worth a visit. 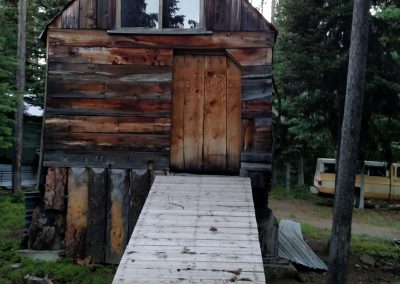 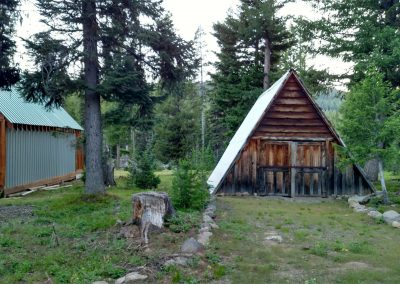 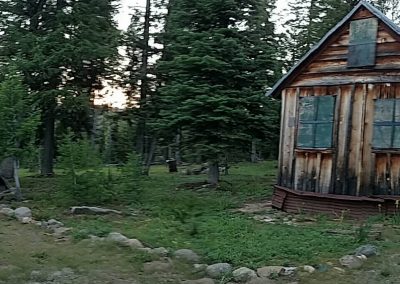 A first settlement very near to Greenhorn named Robinsonville was established in 1865 but burned in 1898.  The current town of Greenhorn was inhabited as early as 1900 and Greenhorn was deeded in 1912.

According to Howard Brooks in his excellent work on mining history in Eastern Oregon:

“ During its boom days, 1910-1915, the city of Greenhorn housed two hotels, a post office, waterworks including fire hydrants, a number of general merchandise and grocery stores, several saloons, one house of prostitution, and later a wooden jail.”

A little known fact is that there are actually several additional buildings just off the beaten path from the central area of Greenhorn.  We’ve taken pictures of them here.  See if you can find them!

This is far the fastest route from Sumpter, though you can also access Greenhorn from the north if you are coming from the Granite area.  In this case, make sure you have the North Fork John Day Ranger District map, produced by the USFS.